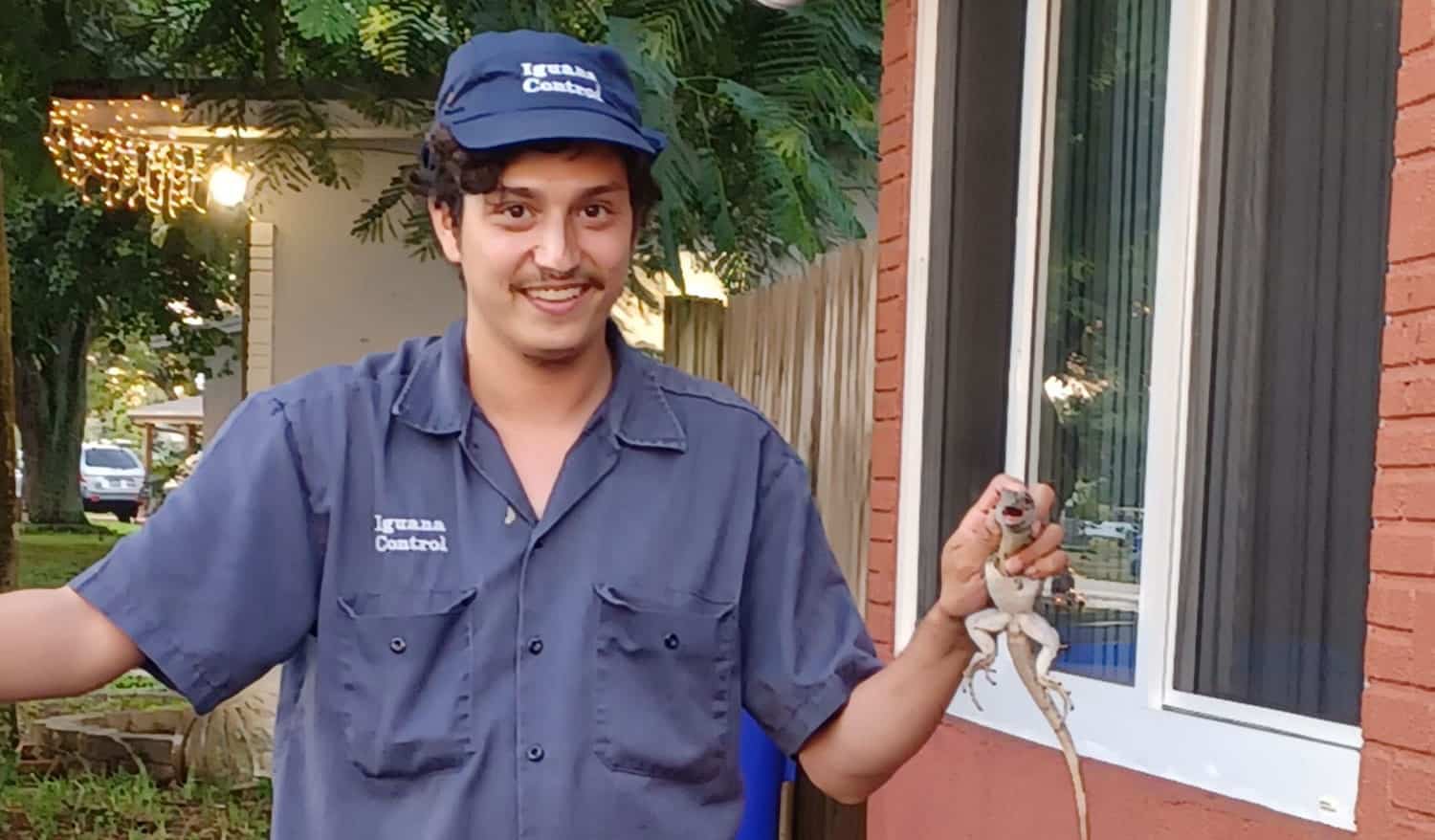 We recently received a call from a client reporting that an intruder had crept into her home to watch a game on TV. She was terrified of the spiny beast and didn’t know what to do! Fortunately, she called the iguana removal specialists at Iguana Control. When our trapper Robert arrived, he recognized the intruder as a Mexican Spiny Tail iguana, who had taken over the entire living room. He was able to sneak up on the beast and quickly noose him. The spiny tail fought with everything he had but was no match for the best iguana removal company in South Florida. The client exhaled a sigh of relief as she reclaimed control of her home!

Check out the full video below